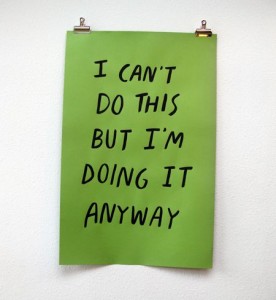 Everyone has a story in them somewhere. Deep inside every person’s soul, there’s a story just dying to get out. While some people express that story through painting or poetry, many people take it on through writing a novel.

Then they realize that writing a novel takes a long time.

Seriously, it takes a long time to write a conventional novel. A very long time. After all, you’re writing down 50,000 words at minimum. They all have to be spelled correctly, they all need to be coherent, and the story they create has to be epic. All at once!

Honestly, that time commitment is what scares people off from writing a great deal of the time. Which is why we’re super excited to introduce a new concept of writing to all you Hemingway wannabes: Fast drafting.

No, not the drafting associated with beer. Fast drafting has to do with writing the first draft of that sacred book you’re holding inside. Instead of working on the first draft of something for eternity and then editing it over and over, you write the first draft all at once and spend the bulk of your process editing. Some people spend 30 days fast-drafting a novel, while some crazy souls attempt it all in one day. As in 50,000 words in one sitting!

Even if you’re not up for such a crazy endeavor, here’s five reasons why you may want to consider fast drafting:

The gist of it all is this: Fast drafting forces you to get the story done and also reveals what you actually like or dislike about the story. You’re also putting yourself in an author state of mind, not that of a writer that’s so emotionally attached to their work that it doesn’t do well. Fast drafting forces you to evaluate your entire book… and come out the other side ready to make it a success.

Have you ever tried fast drafting? How did it go? Tell us all about it in the comments!