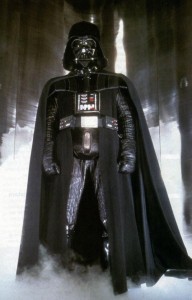 One of the big questions that often come up when writing a new novel boils down to one simple word. “Why?”

Why did Darth Vader become a Sith Lord?

Why did Jack Torrance turn on his family?

Why did the chicken cross the road?

All of these questions need to have an answer even if it is not told to the reader. Motivation is what makes your characters believable, relatable, likeable, and hate-able. It can make the reader feel empathy for the most vile villains and pure hatred for the most boring characters. One of the biggest mistakes writer’s do is putting all their focus in creating agency/motivation into just their main characters and supporting characters. However, sometimes it’s the side characters that show up for a scene or two that steal the show and make the world you’ve created feel more believable and interesting.

As time consuming as it may be, it is in the best interests of your novel to create agency for all your characters, even the ones that only serve to highlight a facet of a main character’s personality. For instance, in my second book The Silver Ninja: Indoctrination, I wrote a Chinese hooker into a scene to show how my antagonist was still broken over traumatic events in his past. He told her to take the money on the nightstand and to get out of his house. She leaves, but she doesn’t take the money. Though she’s never heard from again throughout the rest of the book, it is clear that she had her own agenda. The reader may never know what that agenda was, but I do as the author. And how did I create this agenda, this motivation, this agency?

Simple, I wrote a short story.

Doesn’t sound too crazy, does it? Granted, these short stories might not make it into your novel and won’t help you get it finished, but I can guarantee that your tale will be stronger because of it. If you’re doing research on real world locations, I find it’s beneficial to write down the information that interests you and then build a short story around the data you’ve gathered. So what are some examples?

Let’s say one of your locations suffers from a drug cartel problem. (This is what I’m researching for my third book, The Silver Ninja: Ruby.) How would the drug cartels influence the land? What do the citizens do to protect themselves from harm? What are their lives like knowing that they could be kidnapped or murdered at any point in time? What have people done (that they regret) just to survive in a land run by drug lords?

Now write a short story about it or write down how some of the facts from that region affect your plot. Characters and people in general are influenced by the environment they grow up in. Compare the life of a boy who grew up in the slums vs. the life of a boy who grew up in a mansion, very different lives. Create short stories on each of their lives (1,000 words or less); figure out some kind of event that would make for a fascinating story. The rich kid gets kidnapped for ransom; the boy from the slums finds a cache of blood stained money.

I think you will find it surprising just how much more interesting your story has become just by doing this little writing exercises. Your characters —even the one-off ones— will have a lot to say through their actions, behavior, and dialogue. So when someone asks you, “Why did you put this character in?” Instead of saying, “It’s to show that my antagonist is a jerk.” You can say, “Well, it’s funny you asked that . . .”

Wilmar Luna is a self-published author who has written The Silver Ninja and The Silver Ninja: Indoctrination. When he’s not writing, he is a freelance video editor, motion graphics artist, and is also a freelancer for CBS Sports in New York City and the NFL.