Amazon’s Latest Books Update (And Why You Should Care) 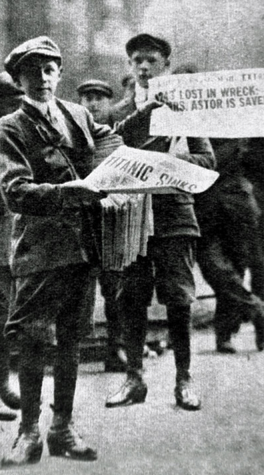 To start off, here’s the statement in its entirety:

With this update, we’re providing specific information about Amazon’s objectives.

A key objective is lower e-book prices. Many e-books are being released at $14.99 and even $19.99. That is unjustifiably high for an e-book. With an e-book, there’s no printing, no over-printing, no need to forecast, no returns, no lost sales due to out-of-stock, no warehousing costs, no transportation costs, and there is no secondary market — e-books cannot be resold as used books. E-books can be and should be less expensive.

The important thing to note here is that at the lower price, total revenue increases 16%. This is good for all the parties involved:

* The author is getting a royalty check 16% larger and being read by an audience that’s 74% larger. And that 74% increase in copies sold makes it much more likely that the title will make it onto the national bestseller lists. (Any author who’s trying to get on one of the national bestseller lists should insist to their publisher that their e-book be priced at $9.99 or lower.)

* Likewise, the higher total revenue generated at $9.99 is also good for the publisher and the retailer. At $9.99, even though the customer is paying less, the total pie is bigger and there is more to share amongst the parties.

Keep in mind that books don’t just compete against books. Books compete against mobile games, television, movies, Facebook, blogs, free news sites and more. If we want a healthy reading culture, we have to work hard to be sure books actually are competitive against these other media types, and a big part of that is working hard to make books less expensive.

So, at $9.99, the total pie is bigger – how does Amazon propose to share that revenue pie? We believe 35% should go to the author, 35% to the publisher and 30% to Amazon. Is 30% reasonable? Yes. In fact, the 30% share of total revenue is what Hachette forced us to take in 2010 when they illegally colluded with their competitors to raise e-book prices. We had no problem with the 30% — we did have a big problem with the price increases.

Is it Amazon’s position that all e-books should be $9.99 or less? No, we accept that there will be legitimate reasons for a small number of specialized titles to be above $9.99.

We hope this information on our objectives is helpful.

Okay, that’s a lot of text. Here’s our TL/DR highlights:

What do you think of Amazon’s bold statement? How do you interpret it?